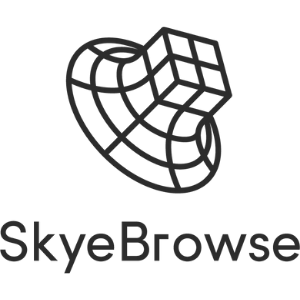 Designed by Public Safety for Public Safety
SkyeBrowse is the brainchild of multiple research projects at Rutgers University funded by state and federal agencies. The research allowed the founding team to create the concept and IP behind SkyeBrowse. The secret sauce behind SkyeBrowse is videogrammetry, where we use 1 video instead of hundreds pictures to create a 3D model. Instead of taking hours to capture the data for a 3D model, SkyeBrowse simplifies it with 1 video in under 5 minutes. This allows departments to make a 3D model with one tap, which is the driving force behind tactical situational awareness.

Our Mission
We have accepted the inefficiency of emergency response as a reality. 50 years ago, departments used measuring tapes to document scenes in 5 hours. 10 years ago, departments used laser scanners and cameras to document the scene in 5 hours. Drones have come into play and departments are able to document the scene in 1 hour with extensive training. With SkyeBrowse, all the evidence is collected in under 5 minutes with no training.
Emergency response is a tedious and dangerous process. It costs millions of hours of traffic and way too many public safety lives. SkyeBrowse was founded with one mission in mind — be it HAZMAT, SWAT, accident reconstruction, natural disasters, or structure fires — to be the force multiplier that simplifies emergency response.

• CJIS Compliant
• Works with all DJI drones, except for spark, mavic mini, and mavic air 2
• Point clouds exported in open source GIS format
• Night Ops AI
• Generate one second reports
• Models can be shared but not deleted
• Models can be downloaded for offline investigation
• Ability to take multiple flights without a break
• Easily upload videos from your laptop through the SD card after your flights
• App uses keychain functionality to store credentials
• Back-end connections use SSL to maintain security

• Login (Easy Sign in)Automatically detects drone connection and does not allow you to operate without a proper connection
• Simple Interface showing only two options, SkyeBrowse and WideBrowse (SkyeBrowse for orbits and WideBrowse for larger maps)
• Create multiple SkyeBrowse scans one after another without any delay in between
• App automatically calibrates your cameras for optimal 3D modeling once you open it
• Automated flight paths
• Afterwards you can upload videos directly from the mobile or via SD Card upload
• For WideBrowse: Simply select the map that you want to scanUse different units for measuring (ft / metres)
• 3D model web viewer provides Area Measurement
• 3D model web viewer provides Distance Measurement
• 3D model web viewer provides Height Measurement
• Find a point with GPS location
• Ability to Add Annotation and Labels in the model 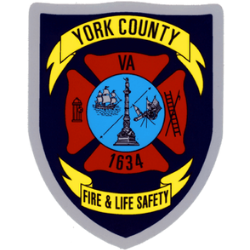 “York County Fire and Life Safety has selected SkyeBrowse to fulfill our UAS mapping and modeling needs. The team’s decision was based on the ease of use, quickness of flights, accurate measurements, and the many applicable features incorporated into the app. We are impressed with how SkyeBrowse listens to Public Safety UAS users.”

The Events Resource will launch in June.

The Events Resource will launch in May.

The Grants Resource will launch in 2022.

The Innovation Opportunities Resource will launch in 2022.

The Venture Capital (VC’s) Resource will launch in 2022.

If you have questions about the phase 1 application, please email [email protected] .

The Grant Portal Resource will launch in 2022.

The Innovation Hq Resource will launch in August.

The Pilot Applications Resource will launch in 2022.

Innovators can add important details about their products, using the product builder, that will help end-users on the R2 Network identify their solutions and understand fit.

Resources to educate Entrepreneurs and First Responders on the unique challenges and opportunities in the public safety market. Search for courses, customize your library or add a course below.

In-person and online opportunities to engage with the public safety community around what's new in response and resiliency technology.

First responders and public safety agencies can use the product finder to identify the technology solutions their agency needs to address response and resiliency challenges.

Public safety agencies will be able to use the Grant Portal to identify the grants they qualify to procure needed technology and resources. Entrepreneurs can use the grant portal to find funding to support the development of their technology.

Finding investors to support start-ups in the public safety market is a huge challenge. A growing list of institutions and individuals are helping to meet the critical need. This resource will help connect funding sources with venture-ready public safety technology companies.

Navigating the complex RFP world is a difficult process for most startups. The RFP Finder will help innovators identify qualifying procurement opportunities.

Programs and challenges designed to help promote and support the growth of public safety innovation. Stakeholders can add opportunities and recruit participants, while innovators will be able to apply in just a few clicks.

Celebrating 1 Year of the R2 Network

We'll celebrate the formal launch of the R2 Network with an eye towards the future. We will highlight what's to come from the Network designed to enable innovators and support end-users of the public safety industry.

Stakeholders are the backbone of the public safety industry. Federal agencies, associations, distributors, corporations, and other service providers play a vital role in the innovation ecosystem. We're launching a dedicated Stakeholder user group in the R2 Portal to help streamline Stakeholder interaction on the Portal with admin like abilities to create programs, events, content, and even products. Stay tuned for continued feature releases to improve stakeholder functions through 2022.